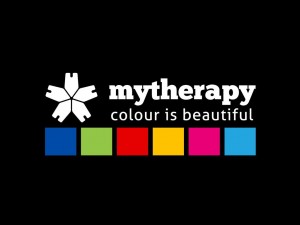 Mytherapy offers exclusive services for indie filmmakers. They believe that a successful commercial run for an independent feature film starts with a positive festival run. With over 10 years experience in digital cinema, they offer a dedicated service for independent productions interested in screening at festivals around the world, including postproduction packages for seed funded films that help to secure investment, international sales and distribution. Independent feature services include colour grading, advise on how to best reach festivals, DCP mastering and duplication (of a quality guaranteed to be accepted at all festivals), versioning and delivery, ensuring that films arrive on time and trouble free.

The London Screenwriters’ Festival 2013 – it’s like Glastonbury, only for screenwriters and filmmakers,

The London Screenwriters’ Festival and combined Great British Pitchfest is an annual gathering of emerging and established screenwriters. With over 600 attendees, 100 sessions, 140 industry expert speakers and the biggest names in film and TV in attendance (from both the UK and Hollywood), the LSF has become the premiere screenwriting event to attend.

Check out the site here http://www.LondonSWF.com

Anyone who went to either of the last two Kino screenings will testify: their new venue, Electrowerz, is pretty damn cool. When not hosting the likes of our oh-so-fabulous film night, they make ends meet by showcasing buzzworthy bands like Theme Park, Youth Lagoon, and Braids, and are the venue of choice for hipster weddings. So demand is high, making an early August date difficult to obtain. They thought you’d prefer to spend those days desperately soaking up what’s left of this almighty heatwave anyway, and have …opted to host the fifty-third installment of Kino London slightly later this month, on the 20th August, when they can expect a respectable 18°C – pretty damn cool. Join them for a short film night like no other in London. WANT TO SCREEN AT KINO #53? As always, filmmakers register in advance to screen their short at each event, sight unseen. There are no themes, no pre-selection and no restrictions, other than:

– films must be under 6 minutes

– films must be on DVD

– films must include the Kino logo + screening number (53) at the end, just for our screening

– the filmmaker must present the film in person.

Screening slots are allocated on a first-come, first-served basis. If you’d like to screen your short drop them a line ASAP at screen@kinolondon.com They’ll need your name, the title and duration of your film, along with your contact details. WANT TO MAKE FILMS WITH THEM? Alongside the open-mic shorts they initiate a new filmmaking project each month that anyone at all can take part in. This month’s team of challengees are in the process of making ‘Reality without the emotion of love’, the results of which shall be pragmatically screened at Kino #53. If you want to take part in August’s challenge session, it’s easy. Just coming along to their screening on 20th August and volunteer. They’ll co-ordinate the team there and then. After that it’s up to you! They’ll also have an extra-special two-week filmmaking challenge between August and September’s screenings. More details about that on the night. If you’ve never made a short, are stuck for an idea, or just want to work with new people, the Kino Challenge is a great way to get those filmmaking juices flowing.

at ELECTROWERKZ (AKA ISLINGTON METALWORKS)

After a successful first year, we are excited to confirm that the London Feminist Film Festival will return for its second year! From now until the end of August, they are looking for submissions of feminist films from women filmmakers around the world. The deadline is 31st August 2013.

• Women directors from any country may enter. In the case of multiple directors, all should be women.
• Films should deal with feminist issues and/or be feminist in their representation of women.
• Films can be of any length or genre, and from any year.
• Non-English language films should be presented in English-subtitled versions.

Abertoir, the National Horror Festival of Wales, are looking for professionally made submissions, which may be hosted online (streamed online or file transfer) or on DVD (NTSC/PAL). If selected, DCP (digital cinema) is their preferred screening method, however they are also able to show 35mm, digibeta, HDCam, bluray or DVD. All entries must be received by July 29th 2013. No late entries will be accepted. They are unable to return screeners. There is no submission fee.
Features

They are looking for professionally made features for inclusion in their lineup and welcome submissions from all over the world. Previous films have found sales agents from inclusion in Abertoir’s program. Features should be over 60 minutes and submissions that have received a general UK release (theatrically or on DVD) before the festival will not be accepted. Members of the audience will be voting throughout the festival to determine the Audience Award for Best Film.
Shorts
The maximum running time for each short film is 15 minutes. Submissions must have been made in 2012/2013. Entries are accepted from around the world however films from the EU will be eligible for the Méliès d’Argent award. The overall winning short film will win the Abertoir Short Film Award. Successful entrants will be responsible for transport of their film. Audience members will be asked to rate each film shown on a scale of 1 to 5. Whether independent or big budget, we are looking for professionally made entries for inclusion in our lineup. Fantasy as well as horror will be considered.
The Méliès d’Argent Award for Best European Short Film

They are proud to be part of the European Fantastic Film Festivals Federation, and eligible short films will be competing towards the highly esteemed Méliès d’Argent for Best European Short Film. The winner of this will additionally be given a nomination for the Méliès d’Or Award for the Best European Fantastic Short Film, to be awarded at the 2013 Sitges International Fantastic Film Festival in Spain. To be eligible, short films must be under 15 minutes, made in 2012 or 2013, be European and cover fantasy or horror

Full details can be found here

After a very successful year in 2012 they are back and looking for submissions for this years festival.Greenhorn Short Film Festival was founded to celebrate new and emerging film making talent with an unusual slant. The festival provides a platform for the best upcoming film makers to screen and discuss their work, while offering the audience a unique insight into the creative process through post screening Q&A sessions.

The selected films will be screened as part of the Greenhorn Short Film Festival 2013 on the 6th – 7th October, which the Directors are invited to attend. They accept films from all genres, including (but not limited to): Documentary, Artist Moving Image, Drama/Fiction, Animation, Music Video, Comedy, Sci-Fi, Thriller and anything else you can think of! Films must be under 15 minutes in length.

To submit a film please visit their website:
www.greenhornfestival.com 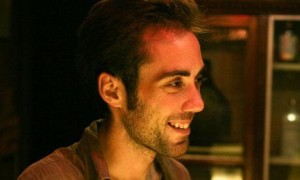 The news that British film producer and writer Joseph Lang died last month at the age of 33 was a considerable shock to many in the film industry here. He was a very talented individual working independently who produced some excellent films and had the great success of seeing two of his productions, Thomas Clay’s “The great ecstasy of Robert Carmichael” and “Soi Cowboy” get into competition at Cannes. It was a shock for many people at Non-Multiplex Cinema as we got to know him when we hosted a screening of Soi Cowboy at the ICA. We would therefore like to send our condolences to his family and friends.

Behind the Scenes of TOTAL HELL is a feature length mockumentary about a film production, gone wrong. The film follows hapless, egocentric film director “Jamie Gunn” and friends through their filmmaking exploits. The brainchild of filmmaker Andy Wilton, a promos director from the North East of England. The film is based on many of the incidents and bizzarities Andy had witnessed, suffered and caused within the industry. “Behind the Scenes of TOTAL HELL” will be launched free online on April 22nd.  You can see the trailer here

The film is being supported by SHOWFILMFIRST and has featured in the Guardian.

For many years we have helped spread the word about Rushes Soho Shorts, an excellent short film festival held every year in London. Unfortunately, there won’t be one this year and we wanted to forward on their message on this and to thank them for some great films and events.

“Sadly we have to announce that we will not be holding RSSF 2013. The festival has been a passionate commitment for 14 years; the decision has not been easy to make. We sincerely THANK YOU for your support, for entering your films, for coming to our screenings and events. We’ve had a huge amount of fun meeting everyone over the years and truly appreciate all the films that have been entered for consideration – whether shortlisted or not. Having had the opportunity to see everyone’s work has been a huge privilege and biggest highlight of our year, each year. We want to keep our festival family together. While the festival is discontinued the social media sites will remain – continuing to promote news, screenings and events from the short film world and the festival community. There may even be the occasional event we put together. But that is all to come. For now please join us below to stay in contact…

Join us in our new LinkedIn Group: http://linkd.in/UcDNrH

We hope you have a very festive December. Please stay in touch. Keep making shorts!

The Raindance Film Festival is now accepting submissions for their 21st annual festival taking place from 25th September – 6th October 2013 in London. They accept narrative and documentary features and shorts, as well as music videos and they’re very proud of their history as a launchpad for new and independent filmmakers. You can submit through their Withoutabox page where you’ll also find their eligibility criteria. Any questions, please get in touch with their team through festival@raindance.co.uk.

This year will be giving awards for:

Short Film of the Festival

Feature Film of the Festival

The winner of Short Film of the Festival becomes eligible for the Oscar longlist. Last year’s winner, Buzkashi Boys, has just made the shortlist for the 2013 Oscars. Incidentally, they also screened Asad, which has also made the shortlist.