Want to say big thanks to anyone who came down to our first cgiCITY event. Being the first, like the audience, I didn’t know what to expect. 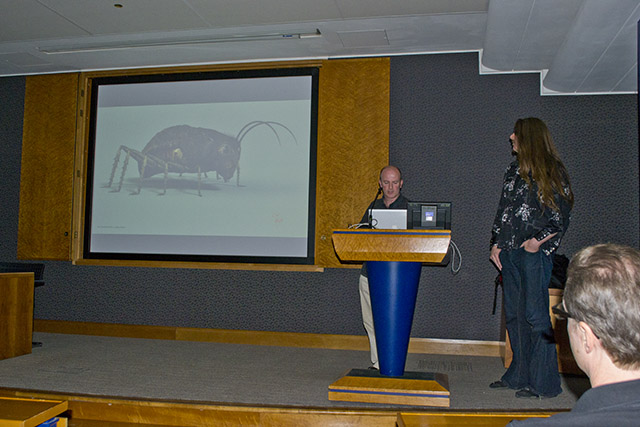 It was really enlightening to see how Will Rockall and John Sellings, who gave the talk, broke down scenes in their films, going through some quite detailed steps. They were like the masked magicians. 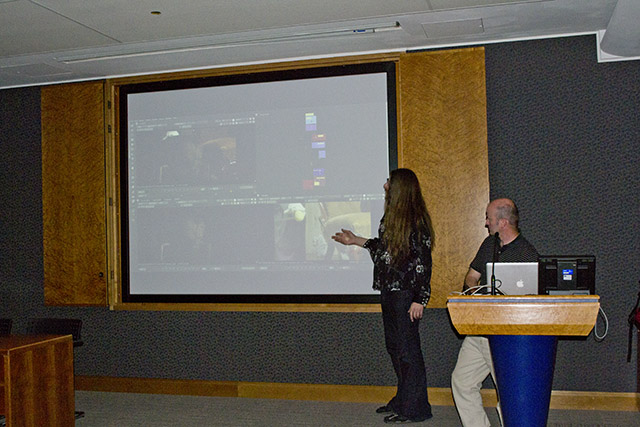 For example, in Metamorphosis they would take a scene, explain the workflow. First starting out in z-brush, importing into Luxology modo, then producing a whole load of rendering passes; diffuse, specular, SSAO, normals, depth, etc. Actually the workflow reminded me of the stages used to render a frame from a 3d computer game engine. Then NUKE was used to composite all these passes along with the acting performances etc.

They also went through the pain they had to go through on a particular scene that involved the actress Maureen Lipman just opening a window. Apparently look an age to fix in post. They had to hide the wind machine, all the wires used to flap the window frames about (which was difficult due to the dress pattern she was wearing), the reflections of the crew in the window panes etc.

They also went through taking quite a busy street scene, to remove people and cars, they were even asked to close the door to a building as it ruined the aesthetics of the shot. Leaving just the main actor and apparently keeping pigeons in shot was important.

Actually much more was talked about in the presentation. I certainly downloaded the information in my brain the best I could.

Some of us went to the pub after for a bit of networking, some stayed to closing time. I know that there were a lot of possible collaborations going on. All and all a fantastic informative evening, in my opinion. A big thanks to Will Rockall and John Selling from Rockkiss DME for their excellent presentation.