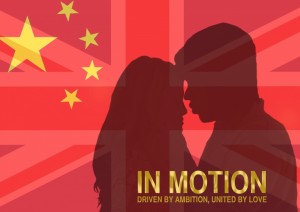 We are delighted to help raise the profile of In Motion – an independent UK feature film currently raising funds. In Motion is a love story between Leon, a British artistic gymnast, and Bao, a Chinese rhythmic gymnast, set in London against the backdrop of an international sporting event. The budget for this film is £250,000 and so far they have raised £60,000 through private investment. They still have many other avenues of funding to explore and due to the strength of the story and the script they are sure they will raise the rest of the budget in the next few months. They are also running a ‘crowd-funding’ campaign to raise £8,000 of the budget. Currently they have raised £1,300 through this scheme, however the pitch is only live for another 2 weeks. They have the full support of Len Arnold who is the chairman of London gymnastics, and Ex-Olympic gymnast Hannah Mckibben has been working with them on the script and will play a major part in the film as the choreographer. In Motion is a really beautiful film that will boost the profile of gymnastics in a very positive light. The main themes are; breaking down cultural barriers, success through sport and courage in the face of adversity. Please find a link to the Crowdfunder pitch here: http://www.sponsume.com/project/motion-feature-film and also check out their website here http://www.infinitepotentialfilms.com/

In Motion is aimed at family audiences across the globe, it is a unique project that will resonate with modern audiences and stimulate peoples interest in gymnastics.